As Yogi Berra once said: “It’s like déjà vu all over again.” Since mid-February, the Trump Administration promised the imminent release of a revised and improved executive order addressing travel ban and refugee admissions. The wait is over.  On Monday, March 6, 2017, President Trump signed a new executive order titled “Protecting the Nation from Foreign Terrorist Entry into the United States” (the new EO).  The new EO revokes and replaces Executive Order 13769 (EO 13769), which President Trump signed on January 27, 2017.  From the get-go, there was significant confusion surrounding the scope and implementation of EO 13769, immediately followed by numerous legal challenges.  On February 9, 2017, the United States Court of Appeals for the Ninth Circuit upheld a temporary restraining order issued by a lower court, which prohibited the federal government from enforcing any restrictions contained in EO 13769. Unlike EO 13769, which was effective immediately, the new EO allows for a ten-day grace period and will not become effective until 12:01 a.m. on Thursday, March 16, 2017. Similar to its predecessor, the new EO imposes a 90-day “temporary pause” on the entry into the United States of nationals from the following six countries: Iran, Libya, Somalia, Sudan, Syria and Yemen. Most notably, Iraq is no longer on the list. Nevertheless, the new EO states that Iraqi nationals will be subject to additional scrutiny where they may “have connections with ISIS or other terrorist organizations, or otherwise pose a risk to either national security or public safety.” In an effort to avoid the chaos that ensued following EO 13769, the new EO provides greater clarity on the scope of the travel ban. Specifically, the 90-day travel ban will apply only to those foreign nationals from the six enumerated countries of concern if:

The new EO order is very clear that it does not apply to green card holders, those with validly issued visas, and dual citizens.   In addition, the new EO allows for exceptions and individualized assessments to be made by consular and border immigration officers in certain cases. In addition to implementing a revised travel ban, the new EO also addresses the current refugee program. Specifically, the new EO:

Noticeably absent from the new EO is the indefinite ban on the admission of Syrian refugees that appeared in EO 13769. While the headlining topics of the new EO remain focused on travel restrictions and refugee admissions, it is worth noting that the new EO also mandates the following:

Despite the Trump Administration’s efforts to narrowly tailor this newest EO, we anticipate that there will be legal challenges filed by various stakeholders in the coming days and weeks. 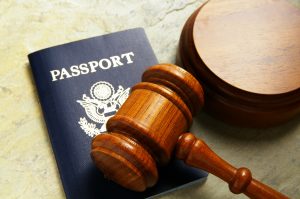 After hearing oral arguments earlier this week from attorneys representing the White House and the states of Washington and Minnesota, last night, the U.S. Court of Appeals for the Ninth Circuit unanimously upheld the U.S. District Court for the Western District of Washington’s February 3, 2017 issuance of a temporary restraining order prohibiting the federal government from enforcing President Trump’s Executive Order 13769, “Protecting the Nation From Foreign Terrorist Entry Into the United States” (EO 13769).  As you know from our previous blog posts, EO 13769 suspends the entire refugee admission program for 120 days, the Syrian refugee program indefinitely and the entry of immigrants and non-immigrants from Iran, Iraq, Libya, Somalia, Sudan, Syria and Yemen for an initial 90-day period.  For now, as a result of the Ninth Circuit’s decision, citizens from the seven restricted countries will be able to travel to the U.S. Despite the fact that the Ninth Circuit’s ruling refuses to reinstate EO 13769’s travel ban, it is important to note that this situation will continue to be fluid, and the Trump administration will very likely seek to appeal this latest decision. As such, we continue to advise that individuals from the seven restricted countries who are presently in the U.S. forego unnecessary international travel at this time.  In addition, for those individuals from the restricted countries who have valid U.S. visas, who are presently outside the U.S. and who have the intent to return to the U.S., we recommend that they consider traveling to the U.S. while there remains an opportunity to do so.