By Peter A. Jones and Richard J. Evrard

The General Counsel for the National Labor Relations Board (NLRB or Board), who has authority for setting prosecutorial policy for the NLRB, issued a General Counsel Memorandum (GC Memo) today, reversing the prior Board General Counsel’s position and asserting the employee status of certain student athletes at private educational institutions. Board General Counsel Jennifer Abruzzo conveyed her enforcement position in a memorandum to the Board’s Regional Directors. Because non-unionized employees have rights under the federal labor law, the immediate impact will be that the NLRB’s enforcement arm will be processing complaints related to allegations of adverse treatment of certain student athletes for all variety of internal complaints against private institutions.

Sharing Employees with Other Institutions of Higher Education

Today’s corporate workplaces include workers in nontraditional working arrangements. Companies in many industries are increasingly establishing a core group of employees in many of their business units and supplementing them with other workers under more flexible work arrangements. Higher education has not followed this business trend, but the financial pressures on our industry have invited more careful consideration of this possibility. This information memo reviews the legal issues that arise when two schools share one or more employees.

Read More >> Sharing Employees with Other Institutions of Higher Education

A More “Militant” AAUP Coming to a Campus Near You? 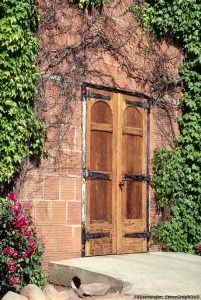 The Chronicle has reported in the recent past about a division of views within the AAUP as to its proper focus.  In 2012, a slate of officers running under the “AAUP Organizing for Change” banner won election fairly handily (although only about 10% of the AAUP’s membership actually voted).  At the time of that election, a former AAUP Staff member described the election outcome as affecting “to a large extent, whether the association remains anchored principally to its commitment to the profession and its standards and principles or becomes an organization principally focused on a particular means—unionization—of achieving these objectives." This past February a slate of challengers, seeking to return AAUP to its traditional focus instead of a unionization focus, looked to unseat the “Organizing for Change” leadership.  At that time, The Chronicle reported on an interview given by Rudy H. Fichtenbaum, the “Organizing for Change” candidate  running for re-election as the AAUP’s president, in which he was said to have described “the real choice before the AAUP membership [as] whether the association would continue to build a national network of activist chapters or retreat into being a group focused on running a Washington office that weighs in on few controversies each year.”  Mr. Fichtenbaum was quoted as saying, “Our emphasis has totally been on organizing people.” The election results were just reported and all four top spots will continue to be held by the “Organizing for Change” incumbents.  Although Mr. Fitchtenbaum’s election was close, winning with just under 52% of the vote, the other candidates on that slate won more handily.  Despite all of the controversy, however, only 4,433 valid votes were cast, out of a total membership of about 47,000.  So it is hard to draw too many conclusions about what these results actually reflect within the full academic community.  Nonetheless, it seems safe to assume that this latest victory will be viewed as a “mandate” by the “Organizing for Change” leadership to continue, and perhaps even increase, AAUP’s focus on unionization. Historically, this may not have had meant much for private colleges and universities.  Since the U.S. Supreme Court’s 1980 decision in NLRB v. Yeshiva University, which held that in the traditional higher education setting, faculty are “managerial” employees not eligible for unionization under the National Labor Relations Act, the full time faculty at most colleges and universities have not had the legal option to unionize.  However, the Obama National Labor Relations Board – at full strength for the first time in a decade --  has been actively overturning a host of NLRB precedents and established practices which collectively increase the likelihood of union organizing.   These changes have occurred against the backdrop of declining unionization – organized labor represents only about 6.7%  of American workers in the  private sector, which is near its  all-time record low.  While the NLRB does not have the authority to simply “overturn” a Supreme Court decision, the Yeshiva decision requires a very fact specific application.  As a result, the NLRB may have room  to “interpret” Yeshiva in a different way going forward, while still utilizing the framework of the Court’s analysis. The NLRB clearly has signaled its intention to consider that course of action.  Recently, in connection with its review of a faculty election issue involving Pacific Lutheran University, the NLRB has invited interested parties to submit briefs on a number of issues related to its application of Yeshiva, including:

Changes in how the NLRB applies the Supreme Court’s Yeshiva decision, coupled with an AAUP more inclined to pursue union organizing, could lead to some very interesting developments for private colleges and universities in the next year or so.  Stay tuned.

By Peter A. Jones and Richard J. Evrard

Sharing Employees with Other Institutions of Higher Education

A More “Militant” AAUP Coming to a Campus Near You?