With students, faculty and other groups increasingly vocal about institutional responses to campus rape and sexual assault, President Obama has announced the creation of The White House Task Force on Protecting Students from Sexual Assault.  The group will include cabinet level leaders and US Attorney General Eric Holder. Under Title IX, colleges and universities are required to respond promptly to reports of campus rape and sexual assault.  An increasing number of students have filed federal claims of sex discrimination, alleging that their institution had not adequately responded in cases where they have been sexually assaulted.  At the same time, many college administrators have expressed frustration with the US Education Department’s Office for Civil Rights, finding that OCR does not fully understand the realities involved in addressing sexual assault on campuses, particularly when it comes to the student disciplinary process, and that there is confusion regarding exactly what OCR expects of them. The President has charged the Task Force with developing “best practices” for preventing and responding to rape and sexual assaults; to assure compliance with existing federal laws governing colleges; and to make available to the public individual college’s compliance with these laws.  The President also asked the Task Force to improve coordination among federal agencies dealing with this issue, and to increase the transparency of federal enforcement efforts. In announcing the Task Force, the President indicated that the Task Force will look for ways to work collaboratively with colleges to develop these recommendations, though the Task Force will not include any members of the higher education community. The Task Force’s recommendations are to be submitted to the President in 90 days, and a full report on implementing those recommendations is due in one year. Bond will be following closely the work of the Task Force, and will keep clients updated on developments. 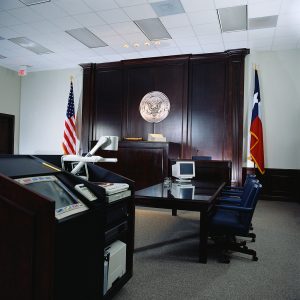 The recent case of Boyd v. State University of New York at Cortland (2013 WL 5640959 3d Dept. 2013) demonstrates the importance of properly documenting decisions reached during student disciplinary proceedings.  This Article 78 proceeding arose out of the dismissal of the petitioner, a student at SUNY Cortland, following a disciplinary hearing where it was determined that petitioner violated the student code of conduct by harassing a student at another institution and violating Delaware law (where the harassed student attended school).  Following the disciplinary hearing, SUNY Cortland’s suspension review panel upheld the hearing panel’s decision and sanctions. The petitioner challenged the determination on the grounds that (1) SUNY Cortland failed to follow its published rules in connection with the disciplinary process, alleging that the harassed student’s failure to participate violated SUNY Cortland’s rules because the rules require the “complainant” to present his or her own case, and (2) he was denied due process because he was not provided a detailed statement of the hearing panel’s factual findings. The Court found the petitioner’s first claim unavailing.  A “complainant” under SUNY Cortland’s rules is “any person or persons who have filed disciplinary charges against a student.”  Here, the fact that the harassed student did not participate was of no consequence, the Court held, because SUNY Cortland filed the disciplinary charges against the petitioner, and thus it (not the harassed student) was the “complainant.” The petitioner was successful on his due process claim.  The Court first observed that due process in connection with a public institution’s disciplinary proceeding requires accused students to be provided with a detailed statement of the factual findings and the evidence relied upon in reaching a determination.  The Court found that the hearing panel failed in this regard, as its decision contained only a conclusory statement that the petitioner violated the code of conduct and lacked any detail regarding the petitioner’s specific conduct as it related to harassment or violating Delaware law.  The Court also found the suspension review panel’s determination deficient because it simply upheld the hearing panel’s “findings” without further discussion.  The Court remitted the matter to the hearing panel for preparation of detailed factual findings in support of its determination. This case does not identify at what stage of the disciplinary process detailed findings of fact must be documented (i.e., hearing panel stage, review panel stage, or both), but confirms that this must be done at some stage of the proceedings in order to afford due process to an accused student because this provides a meaningful opportunity for the student to challenge the disciplinary decision. This case should serve to remind public institutions of the need to properly document disciplinary decisions with detailed findings of fact, not only to afford due process, but also with a view more generally towards withstanding potential legal challenge.  Although private institutions are not required to extend these same due process protections (e.g., detailed findings of fact) to students as public institutions, this case also provides a reminder to private institutions to ensure that their disciplinary processes are carried out in compliance with published policies and procedures.