The Trademark Clearinghouse ("TMCH") officially launches today, March 26th.  The TMCH was created to help trademark holders prevent trademark infringement or misuse in the face of new top-level domains (TLDs) that are expected to launch over the next few years.  There are nearly 2,000 applications for these new TLDs, and include domains such as ".inc" .home" and ".kitchen" among many others.  There is valid concern among trademark owners that registration of domains like the following will confuse consumers about the source of the domain and its content:

Registration costs are $150 per mark per year, with minor discounts available for 3 or 5 year registrations. Eligible marks include: 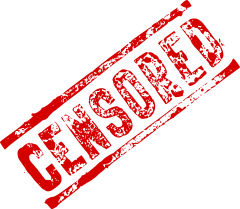 Two related bills aimed at curbing rampant copyright and trademark infringement on the Internet are currently pending before the House and Senate.  While the bills have been endorsed by the RIAA and MPAA and have strong bipartisan support in Congress, they have come under fire by mainstream media and civil liberties groups who believe the bills would shift too much responsibility onto ISPs, advertisers, and payment processors while also giving the U.S. government and trademark and copyright holders too much power to block allegedly infringing websites without sufficient due process. The Senate PROTECT IP Act of 2011 (S.968) The bills began in the Senate, where Senator Patrick Leahy (D-VT) introduced the Preventing Real Online Threats to Economic Creativity and Theft of Intellectual Property Act,” or the PROTECT IP Act (“PIPA”) in May of 2011 (S.968). The PROTECT IP Act would establish a system where the Justice Department could take down websites dedicated to copyright-infringing or counterfeit activities, including sites that solely promote distribution of illegal copies, counterfeit goods, or anti-DRM technology.  The Act would give the DoJ the ability to obtain court orders preventing financial transaction providers, Internet advertising services, Internet service providers, and information location tools from linking to or processing financial transactions to or from the “rogue site.” Trademark and copyright holders would also be able to apply for a court injunction against the domain name to compel financial transaction providers and Internet advertising services to stop processing transactions to and placing ads on the website, if they have been harmed by the activities of the rogue website. The PROTECT IP Act was recently reviewed by the Senate Judiciary Committee and is still pending in the Senate. The House E-PARASITE Act (H.R.3261) The “Enforcing and Protecting American Rights Against Sites Intent on Theft and Exploitation,” or E-PARASITE Act, was introduced on October 26, 2011 by Rep. Lamar Smith (R-TX) (the bill was formerly known as the Stop Online Piracy Act, or SOPA) (H.R.3261). The E-PARASITE Act would authorize the DoJ to initiate federal court procedures against criminal activities conducted on foreign infringing sites engaging in copyright infringement, counterfeit goods, or theft of trade secrets.  Again, courts could issue orders to ISPs, payment network providers, search engines, and advertising services to take “technically feasible and reasonable measures” to prevent access to the rogue site. Similar to the PROTECT IP Act, trademark and copyright holders would use a process similar to the Digital Millennium Copyright Act (DMCA) to seek limited injunctive relief against the rogue site. The E-PARASITE Act was recently sent to the House Committee on the Judiciary where it was referred to the Subcommittee on Intellectual Property, Competition and the Internet. Proponents and Critics Proponents of the bills, including the Recording Industry Association of America (RIAA) and the Motion Picture Association of America (MPAA), maintain that the legislation is vital in order to address the widespread copyright and trademark infringement on the Internet.  See, for example:

There are also numerous critics of the bills who are concerned about the suppression of speech without due process and the effect of the bills on the Internet’s infrastructure, among other issues.  See, for example:

Case: Board Of Regents Of The University Of Wisconsin System v. Phoenix International Software, Inc. (7th Cir., Aug. 5, 2011) What happened: