Announcing it as a commemoration of the 50th Anniversary of the enactment of Title IX (though anticipated for the past 18 months), the U.S. Department of Education (DOE) announced sweeping proposed amendments to the Title IX regulatory scheme that went into effect less than two years ago.

By Sarah A. Luke 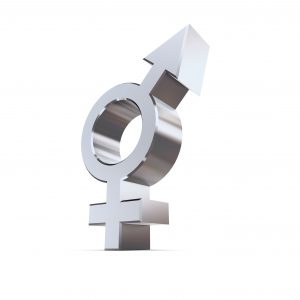 Perhaps lost in the media stories about the so-called “bathroom wars” is the emotional toll that they have taken on individuals whose lives are directly impacted by the controversy. While both sides have fiercely advocated the social and emotional import at the core of the dispute, courts have struggled to find a uniform answer to: “What is the law here?” The federal guidance document that was the subject of a Fourth Circuit ruling has been rescinded by the Trump administration and the court’s decision itself vacated by the Supreme Court and remanded back to the Fourth Circuit.   Some states, like New York, have filled in the gap with legislation that requires public school districts to allow transgender students to use the bathroom corresponding to their gender identity.  But, what about states that don’t have such a law?  Yesterday, in Whitaker v. Kenosha Unified School District No. 1 Bd. of Educ. (7th Cir. May 30, 2017), the Seventh Circuit answered that question.  In what could be a landmark ruling, the Court held that under Title IX and the Equal Protection Clause of the Constitution, a transgender high school student could not be barred from choosing to use the bathroom that corresponded with the student’s gender identity.  Prior to this ruling no court had directly held that Title IX offered specific protection to transgender students on the grounds of “sex stereotyping” and “gender noncomformance,” terms that are more frequently seen in employment cases under Title VII. The Whitaker court addressed the Title IX issue head on, holding: “By definition, a transgender individual does not conform to the sex?based stereotypes of the sex that he or she was assigned at birth.” In affirming the district court’s grant of a preliminary injunction in favor of the student, the Court clearly expressed its edict:

…[The student] can demonstrate a likelihood of success on the merits of his claim because he has alleged that the School District has denied him access to the boys’ restroom because he is transgender. A policy that requires an individual to use a bathroom that does not conform with his or her gender identity punishes that individual for his or her gender non?conformance, which in turn violates Title IX.

The school district argued that its decision to deny the student access was reasonable in light of the privacy rights of other students.   That argument, which has been a focal point of grassroots discussions and legal briefs, was given short shrift by the Seventh Circuit:

A transgender student’s presence in the restroom provides no more of a risk to other students’ privacy rights than the presence of an overly curious student of the same biological sex who decides to sneak glances at his or her classmates performing their bodily functions. Or for that matter, any other student who uses the bathroom at the same time. Common sense tells us that the communal restroom is a place where individuals act in a discreet manner to protect their privacy and those who have true privacy concerns are able to utilize a stall.

At some point the Supreme Court will take on this issue. Until then, even in states where there are controlling statutes, school districts and postsecondary institutions should carefully review with counsel the implications of the Whitaker decision.  Some state laws, like the Dignity Act in New York, do not provide a private right of action that allows students to sue the school institution for money damages.  In contrast, under the Whitaker decision, if followed by other courts, there could now be federal claims for damages. 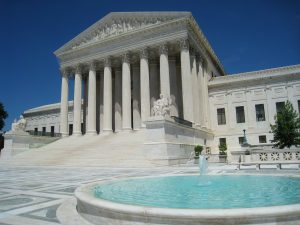 By Sarah A. Luke