Announcing it as a commemoration of the 50th Anniversary of the enactment of Title IX (though anticipated for the past 18 months), the U.S. Department of Education (DOE) announced sweeping proposed amendments to the Title IX regulatory scheme that went into effect less than two years ago. 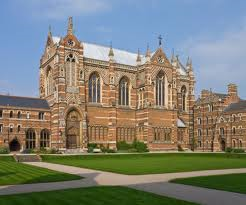 n April, the Supreme Court issued its decision in Schuette v. Coalition to Defend Affirmative Action, upholding Michigan’s State Constitutional Amendment prohibiting, among other things, any preferential treatment on the basis of race in the admissions process at Michigan’s public colleges and universities. Yesterday, the Department of Education responded to that decision by “confirming” that Schuette leaves intact the Supreme Court’s prior decisions recognizing that institutions may use all legally permissible methods to achieve diversity goals, noting that

[t]hese include, absent any restrictions in state law, appropriately tailored programs that consider the race of individual applicants as one of several factors in an individualized process to achieve the educational benefits that flow form a diverse student body.

This “Dear Colleague” letter also reaffirmed the continuing impact of the Department’s previously issued “Guidance on the Voluntary Use of Race to Achieve Diversity in Postsecondary Education” and its “Questions and Answers about Fisher v. University of Texas at Austin.”  While clearly the Department is correct that, as a legal matter, the Court’s most recent decision does nothing to directly alter the legal landscape for private institutions when it comes to promoting diversity (if for no other reason than Schuette did not present that question to the Court), it begs the question whether this decision nonetheless brings the Court just one step closer to a significant change if the question does present itself for review again.